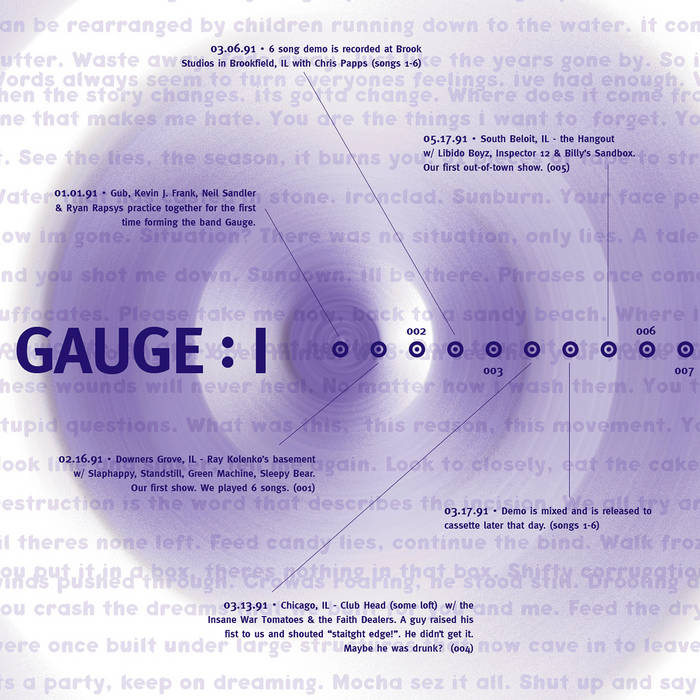 "Gauge : I" contains "Demo", "Blank", "Soothe" and 2 songs that appeared on compilations.

Tracks 1-6
Recorded February 1991 at Brooke Studios in Brookfield, IL. Engineered by Chris Paps.
Released as a demo cassette in 1991.

Bandcamp Daily  your guide to the world of Bandcamp

MF DOOM is given his flowers, plus appearances from MC Jada Imani and Stanley Ipkuss